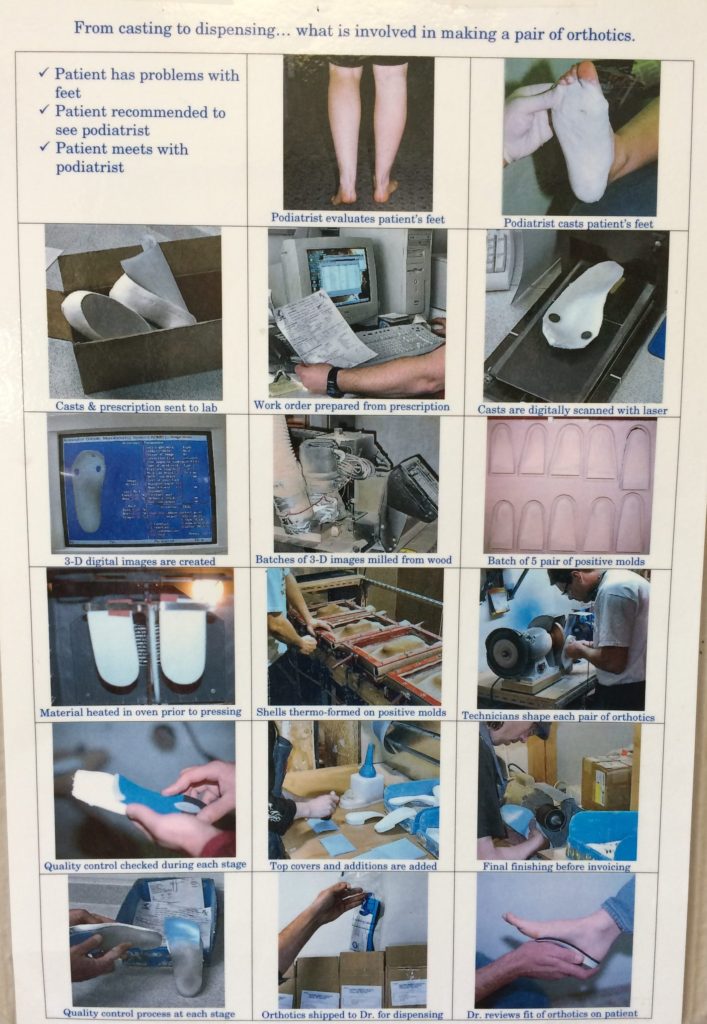 A biomechanical evaluation is performed to measure some critical angles needed to determine the prescription of the orthotic.  The prescription of the orthotic is then discussed with the patient, taking into consideration the types of shoes the patient wears, activities and pathological condition.  The feet are then casted with plaster with Dr. Hoy holding the foot in the proper position, known as subtalar joint neutral, midtarsal joint maximally pronated.  This is the proper method of making custom functional foot orthotics described in the medical literature.  Oftentimes orthotics are made by choosing a number from a kiosk, stepping over a force plate or stepping into a sandbox.  These are improper methods of making custom functional foot orthotics.

Once the proper casts of the feet are made with the foot in the correct position, the casts are then sent to the orthotics laboratory.  The casts are scanned into the laboratory’s computer so that the shell of the orthotic can be fabricated.  If additional pairs of orthotics are needed in the future, the casting in the proper position is stored in the computer.  Sometimes the prescription may change but the casting position does not change.  It takes approximately one month for the orthotic devices to be made.  The devices are then sent back to Dr. Hoy’s office for dispensing, fitting and instruction appointment.