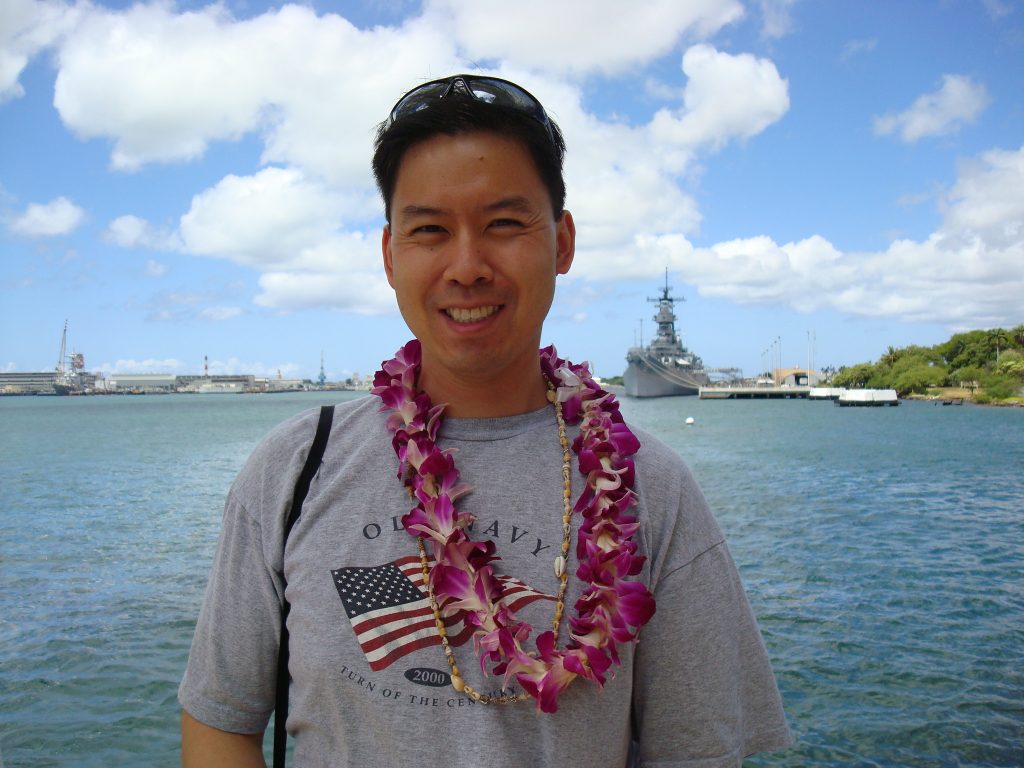 Dr. Jinwah John Hoy is a part of a pioneer Chinese American family that has lived in the United States for at least five generations.  His paternal great-grandfather was born in San Francisco.  His son, Dr. Hoy’s grandfather, served in the United States Army in World War I, and worked for Senator Warren Magnuson, with whom the family kept in touch, even as Dr. Hoy was growing up.  Dr. Hoy’s grandparents owned a laundry on Fourth Avenue South and South Washington Street in Seattle.

In 2015, Dr. Hoy’s family went on a heritage tour to visit China where his parents grew up.  He had the opportunity to visit the village in Xiheli, Xinhui, Guangdong Province, where his father lived until after World War II.  Dr. Hoy’s father was a very educated man who came to the United States after World War II and studied the culinary arts at Edison Technical School in Seattle.  He spent his life helping people to open and run Chinese restaurants which dot the landscape of Washington State.

Dr. Hoy’s maternal grandfather was born in Taishan, Guangdong Province.  He went to Malaysia to study dentistry, then returned to Chonglou, Taishan to practice.  Dr. Hoy’s mother was born in the residential part of his grandfather’s dental office, which, after the family emigrated to the United States, is now a tea shop.  Dr. Hoy’s mother had aspirations to be a nurse, but instead moved to Hong Kong, then to the United States, working as a seamstress and homemaker.

Dr. Hoy was born and raised in Seattle, and still lives in his childhood home on Beacon Hill with his family.  He grew up speaking Taishanese, but also learned Cantonese, Mandarin, and Spanish, which he uses to help patients who need to communicate in these languages.  As a student at Rainier Beach High School, Dr. Hoy wanted to be a physician like his family doctor who was well-liked in the community.  At the University of Washington, his pre-medical advisor informed him about the different types of medical schools.  He visited a podiatrist, who performed reconstructive foot surgery, and became interested in offering specialty medical care.

Proud of his accomplishments,  Dr. Hoy’s parents sacrificed a lot for him to become successful.  His father felt medicine was a right fit for Dr. Hoy, and wanted to visit his medical school in Ohio before he died.  His mother helped as much as she could day to day.  Dr. Hoy’s family’s love and legacy still encourages him to excel to this day.